Tune into composer, avant-garde harpist, professor, and writer Anne LeBaron's YouTube channel or SoundCloud channel and experience her music while learning about her. 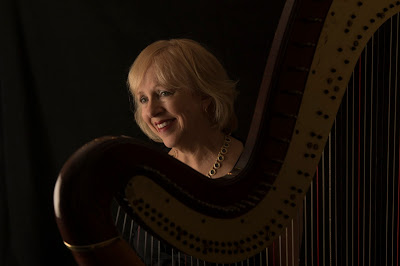 A West Coast experimentalist who is an innovative performer on the harp as well as a composer embracing unusual challenges, Anne LeBaron’s compositions have been performed around the globe. Venues in Italy, Mexico, Sydney, Vienna, Sweden, Kazakhstan, New York, Los Angeles, and elsewhere have programmed her works for chamber groups, opera, cantatas, and presented her as a performer. Her operas celebrate legendary figures such as Pope Joan, Eurydice, Marie Laveau, the American Housewife, and Aldous Huxley. Her current opera-in-progress, Huxley’s Last Trip, (formerly LSD: The Opera) was awarded one of the first Discovery Grants from Opera America. The orchestra includes instruments built by American composer and inventor Harry Partch. Excerpts have been performed at three LA venues: at the Wallis Annenberg Theater in Beverly Hills, at the MAK Center for Art and Architecture at the Schindler House, and at the REDCAT in downtown Los Angeles. More information can be seen, including several performances, at www.lsdtheopera.com.


LeBaron was recently awarded a Copland House Residency in New York, a Djerassi Program residency in Santa Cruz, and a residency at the Corporation of Yaddo in Saratoga Springs. Radiant Depth Unfolded: Settings of Rumi, commissioned by The Sorel Organization and SongFest, premiered in Zipper Hall at the Colburn School in Los Angeles. The Los Angeles Library Foundation commissioned her to compose a new work inspired by the Oxford English Dictionary: A – Zythum premiered at the Hammer Museum. Mark Robson performed her work for speaking pianist, Los Murmullos, on the highly regarded PianoSpheres, and more recently at the American Center in Paris. The acclaimed French harpist Hélène Breschand performed her work Harpestra: Concerto for Two Harps, One Player.

Current projects include a new installment for The Well-Read Clavier for pianist Lorezo Marasso based on writings by Beppe Fenoglio and commissioned by the Ferrero Foundation. The Bogliasco Foundation near Genoa has awarded her a 2018 residential Fellowship at its study center for the development of her Fenoglio piece. A new opera, This Lingering Life, being written with playwright Chiori Miyagawa and librettist Mark Campbell, will blend and update five ancient Noh dramas to convey their universal and timely relevance. In the fall of 2017, she will be the featured international artist and keynote speaker at the Totally Huge New Music Festival in Perth, Australia, with additional performances and appearances in Adelaide, Melbourne, Brisbane, and in Christchurch, New Zealand. 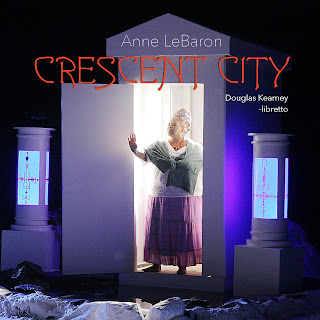 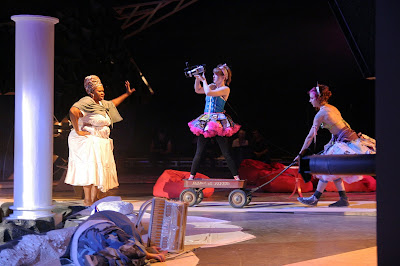 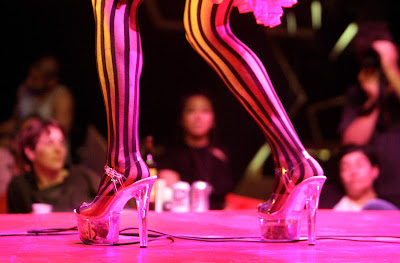 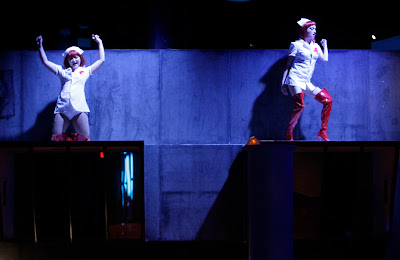 Recordings of her music are available on Mode, New World Records, EarRational, Innova, Music and Art, Albany, and other labels. As a member of the School of Music faculty at CalArts, she has developed highly original courses blending theater, art history, cultural topics, and music while encouraging students to actively create work incorporating what they are absorbing. These include HyperOpera; Concert Theater; Musical Reflections of Surrealism; Music of Harry Partch; Contemplative Practices, Musical Arts, Compassionate Mind; and Writing for Everything Else.

LeBaron serves on the boards of the American Composers Forum, where she is Vice-Chair, and the Corporation of Yaddo. Also an accomplished harpist, she is renowned for pioneering methods of extended harp techniques, electronic enhancements, and notation in compositional and improvisational contexts. In the current season, she lectured on her music at the University of California Irvine, the University of Southern California, the University of California Los Angeles, and Cal State Fullerton. For the past two years, she led a master class for composition students visiting LA from Shanghai, under the auspices of the Bright Institute. Her website: www.annelebaron.com. 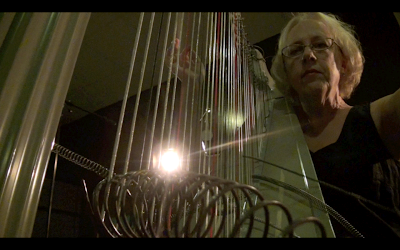 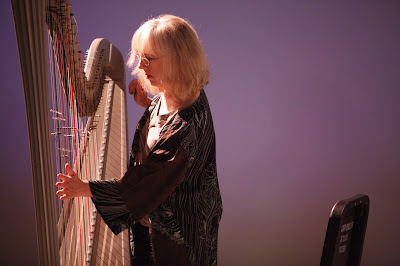 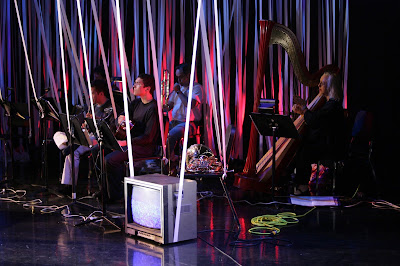 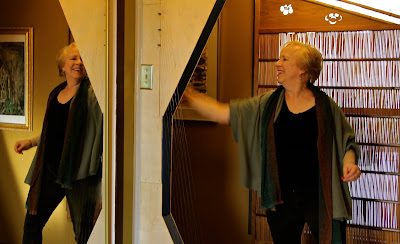 [LeBaron having fun with door harp created by Philip Blackburn]

Not wanting to reinvent a wheel already wonderfully made, I direct you to LeBaron's excellent and recently revamped website. You'll find a biography and detailed CV on the About page. Under News & Projects you'll find information about current projects, as well as LeBaron's latest tweets. Compositions presents information about her works organized by genre, a link to a source for purchasing her music, and a complete list of works with instrumentation and duration. Under Recordings are links to recordings of LeBaron as composer and harpist, and a current discography for downloading; for visuals of performances, see Videos. Gallery is a captivating exhibit of photos from LeBaron's musical life -- the images above only whet your appetite. Press & Interviews contains quotes from the press from 2002 to the present, with links to the full reviews, and videos of interviews with LeBaron. And finally, LeBaron offers the opportunity to contact her, and to connect with her YouTube, Soundcloud, Twitter, Facebook and LinkedIn accounts. For general biographical information, see my entry for LeBaron in Women and Music in America since 1900, edited by Kristine H. Burns, volume 2, page 370, and LeBaron's Wikipedia entry.

While information about LeBaron's projects is available on her website, I would like to highlight one of the most exciting. In late October 2017 LeBaron will give the keynote address at the Totally Huge New Music Festival in Perth, Western Australia. Her address relates to the festival's theme, "Embracing the Irrational: The Sonic Arts in a Post-Factual World," and is titled "Sonic Ventures in Post-Truth Surrealism: Raudelunas, the Rev. Fred Lane, and Huxley's Last Trip." LeBaron provides this abstract of her address:


How are today's musicians and musical communities confronting, reacting to, or embodying belief systems grounded in deception? Does the notion of authenticity embrace or reject deliberate falsifications? To what extent can an opera about LSD address the impossibility of knowing what actually occurs during a psychedelic experience? These inquiries into the irrational will be illuminated by examples of performers, writers, and artists exploring the spectrum between truth and post-truth.

Additionally, several of LeBaron's works are programmed, and she'll be performing some of her compositions for harp, as well as improvising with other participating musicians.


I also want to highlight a review of her most recent composition, Fissure, for violin, piano and fixed audio media, as well as some of my favorite quotes from the press about LeBaron:

Musicians like ... Anne LeBaron ... are among the great artists of our era. It may be awhile before history recognizes [her] for this, but I'm confident that it will come to pass. [Rhys Tranter interviews John Corbett, July 20, 2017]

Anne LeBaron is a composer as transformer. She transforms instruments ... She transforms cultural contexts, be they Kazakh, Bach or Katrina ... her knack is for alternative realities ... There is, in LeBaron's music, a leaving the body and a celebration of the body, meditations on death and breath. [LA Times, April 15, 2014]

... LeBaron has pushed the boundaries not only of opera, but of instrumental music. [Symphony Services International, 2013]

The artist inhabits her massive instrument as if it were a continent; she fords its rivers of strings and discovers new worlds in the crevices of tonality ... LeBaron is a true "stratigrapher" in her layering of material, where new vistas seem to unfold endlessly behind others. [The New York City Jazz Record, August 2011]

I hope these morsels from the press further pique your interest in Anne LeBaron's composed and performed music.

In closing, I want to share a statement recently written by LeBaron about her work:

One of my primary compositional goals, to create a complete visceral experience for the listener/viewer, frequently places my work in either the instrumental-driven Concert Theater genre, or the vocal genre of Opera. In the production of my opera Crescent City [Opera West review; Stage and Cinema review; laist review; CultureSpot LA review; LA Times review(1) and (2)] the audience members were either immersed into the installations forming the cityscape, or ambulatory around the perimeter of the performance area. A vibrant experimental vein also runs through my work. In LSD: The Opera (now in progress and retitled Huxley’s Last Trip) [LA Times review], microtonal instruments built by Harry Partch are featured. In my cyborg-opera, Sucktion, the American Housewife merges with her vacuum cleaner, while the libretto simultaneously deconstructs. For instrumental pieces, I often construct pre-compositional charts and tables. The structure of A – Zythum (this link includes an interview with LeBaron by Innova; and this Soundwaves: New Music at the Santa Monica Public Library site includes videos of each piece and LeBaron’s introductions), for instance, is based on a grid I developed reflecting the unusual publishing timeline of the Oxford English Dictionary, combined with the linear alphabetical entries displayed on the fascicles and volumes. 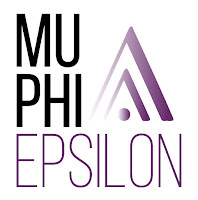 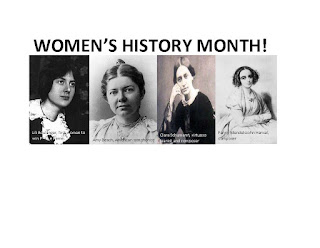 Music Library Association Women in Music Interest Group Blog
March is rather a magical time in the world of a group that celebrates the contibutions of women in the world of music, since it is considered Women's History Month and includes the International Day of Women on March 8th. What more fitting time is there for beginning a blog that will be curated by all the members of the Music Library Association's Women in Music Interest Group?  Here I include a small collection of the Women in musical history that have inspired me.
Lili Boulanger was a child prodigy composer in Paris and her music was completely remarkable, so remarkable, in fact, that she was the first woman to ever win the prestigious Prix de Rome. Amy Marcy Beach was the first successful American female composer of large-scale art music.  Clara Schumann was a virtuoso pianist and traveled as a performing artist but she also composed and did it all while raising her family largely on her own after her husband…
Read more 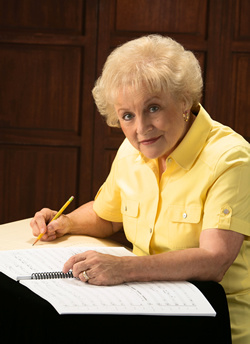 Born in Salt Lake City, Utah in 1934, Deon Nielsen was living at Fort Clayton in the Panama Canal Zone around 1946, when her father was stationed there. She was already a pianist and, at age 12, had her first paying job as a ballet school accompanist. She and her family regularly attended concerts at the National Theater. At one, she heard pianist Arthur Rubinstein, and at another, pianist Gyorgy Sandor. "I even slipped backstage during intermission for their autographs," she remembers. Those great pianists inspired her to become a concert pianist herself. Nearly 60 years later, in June 2005, Deon returned to Panama with her son, Dr. Berkeley Price, a clarinetist--this time to give a concert. "Returning to the site of my early ambition now completes a circle," she told the audience. Ironically, Gyorgy Sandor died later that year.

Deon attended high school in San Francisco, and took lessons from C.W. Reid at the San Francisco Academy of Music. She accompanied her hig…
Read more

Popular posts from this blog

Music Library Association Women in Music Interest Group Blog
March is rather a magical time in the world of a group that celebrates the contibutions of women in the world of music, since it is considered Women's History Month and includes the International Day of Women on March 8th. What more fitting time is there for beginning a blog that will be curated by all the members of the Music Library Association's Women in Music Interest Group?  Here I include a small collection of the Women in musical history that have inspired me.
Lili Boulanger was a child prodigy composer in Paris and her music was completely remarkable, so remarkable, in fact, that she was the first woman to ever win the prestigious Prix de Rome. Amy Marcy Beach was the first successful American female composer of large-scale art music.  Clara Schumann was a virtuoso pianist and traveled as a performing artist but she also composed and did it all while raising her family largely on her own after her husband…
Read more